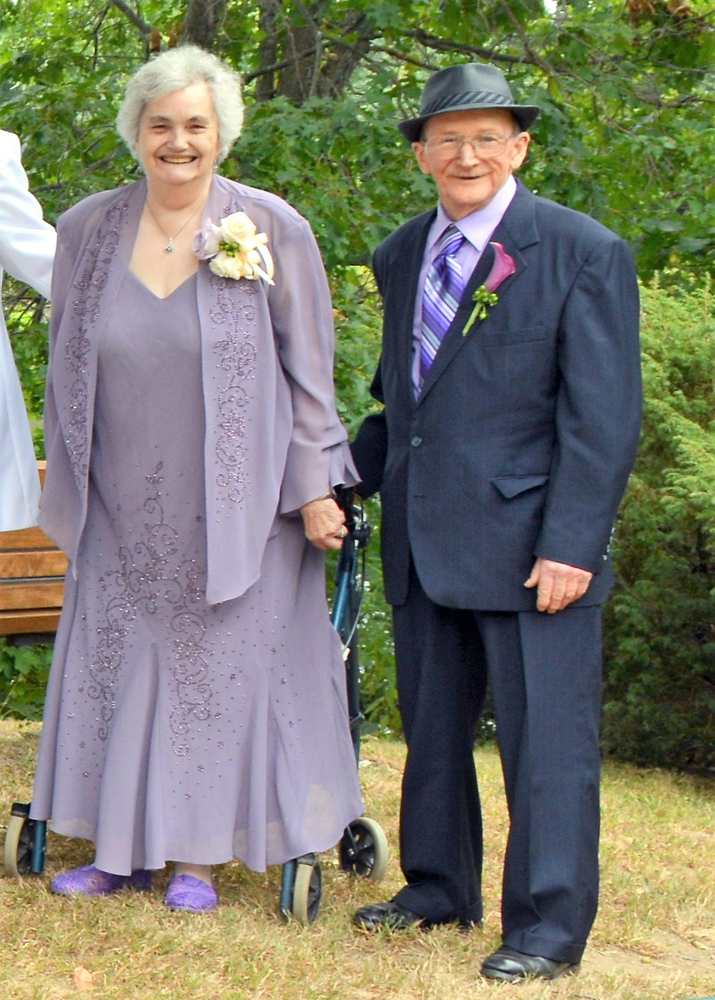 Please share a memory of Gerald/Kay to include in a keepsake book for family and friends.
View Tribute Book
Gerald (Jerry) Francis Hiller, 80, Ocala, Florida was called home to the Lord on January 12, 2020 at the home of his son in Ocala, Florida after a courageous battle with cancer. Jerry was born June 10, 1939 in Honesdale, PA to the late Willis and Louise (Loveless) Hiller. He attended White Mills school and went to work for Whit and Elsa Tamblyn on their farm in the late fifties. He joined the Army reserve and was honorably discharged in 1963. Jerry passed away just shy of celebrating sixty years of marriage to Kay and a part of her heart went with him. Kay missed him terribly and in a short time she lost her will to continue living without him. Kay Frances (Shaffer) Hiller, 78, Ocala, Florida was called home to the Lord on June 4th, 2020 at Legacy House Hospice in Ocala, Florida. She was born July 12, 1941 to the late Raymond V. and Helen (Jackson) Shaffer in South Canaan and raised on a farm in Cold Springs. She graduated from Honesdale High School in 1959 and attended the Wayne Commercial School. She candled eggs at GLF in Honesdale as one her first jobs. While Jerry was working at the Tamblyn farm, Elsa would host choir practice at the house since she was the church pianist. Jerry spotted Kay at choir practice one night and that was the beginning of their life together. They were married in White Mills United Methodist Church on February 13th, 1960. They continued to care for the farm and raised four children on the second floor of that farmhouse while Kay balanced farm work, housekeeping and several jobs outside of the home including her most notable as coordinator for the Honesdale Family Planning Clinic for thirty years. In the early 80's they moved to Shady Lane, Honesdale where Jerry spent his time gardening, hunting with the guys at White Mills Hunting Club, fishing both here in the US and in Canada, where he gave the fish and game wardens a run for their money. Kay was a supportive parent when her children were in 4-H, Girl Scouts, and church youth groups and was also involved with White Mills United Methodist Church and White Mills Fire Co. Ladies Auxiliary. Kay enjoyed her family, BINGO at White Mills Fire Hall, baking cookies and cinnamon rolls, playing board games, watching TV game shows, spending time with her Red Hat sisterhood on many adventures, and talking on the phone. They are survived by sons, Gerald F. Hiller Jr. and wife Ok Cha, Daegu, Korea; Jeffrey Hiller and wife Susan, Honesdale, PA; Naison Hiller and wife Patty, Ocala, FL; daughter Wendi Hiller and wife Colleen, Uxbridge, MA. Grandchildren; Jerri Lynn Hiller, Gina Hiller-James, Kyle Hiller, Kristofer Hiller, Courtney Lee Hiller, Dylan Ross, Ashley Hiller, Mckayla Hiller. Great grandchildren; Logan Hiller, Ella Lambert, Aleksandra Hiller, Charlotte Betty Uriel, Aubrey Ross, Keilani James, Ruby Ross, and Bentley Ronan Gerald Hiller. Five sisters Joan Karnick and husband Peter, Jean Stephenson and husband Douglas, Helen Griebel, Rose Hicks and husband Ed, Barbara Brickler and husband Tom, sister-in-law Elfriede Hiller, one brother Robert Hiller and wife Joanne. Predeceased by brother Roland Hiller, Brother-in-Law Kenneth Griebel, grandson Gerald F. Hiller III, Mother Louise Hiller, Father Willis Hiller, Sister-in-Law Betty (McMillen) Hiller, Brother Willis Hiller, Sister -in-Law Betty (Dunlap) Hiller, Brother Burton Hiller, Brother Tom Hiller, and Kay's Half-Brother Raymond Stephens. Arrangements made by Baldwin Brothers, Ocala, Florida and local arrangements were handled by Bryant Funeral Home. Memorial donations may be made to White Mills Fire Department or White Mills United Methodist Church. Special thanks to Leopard Transport, Home care nurses, Naison and Patty Hiller and Hospice of Marion County for their hospice care. Graveside service will be held on Monday, July 20, 2020 at 11:00am in the Indian Orchard Cemetery just 3 miles East of Honesdale on Rt. 6. Please bring umbrellas for rain or shade, chairs will be available and placed for social distancing. In order to keep everyone safe, we ask that you wear a mask. The family would like to invite you to the White Mills Fire Hall for food and fellowship immediately following the service. Kindly RSVP 570-470-9532 to assist us in a count for preparations.

Share Your Memory of
Gerald/Kay
Upload Your Memory View All Memories
Be the first to upload a memory!
Share A Memory
Plant a Tree