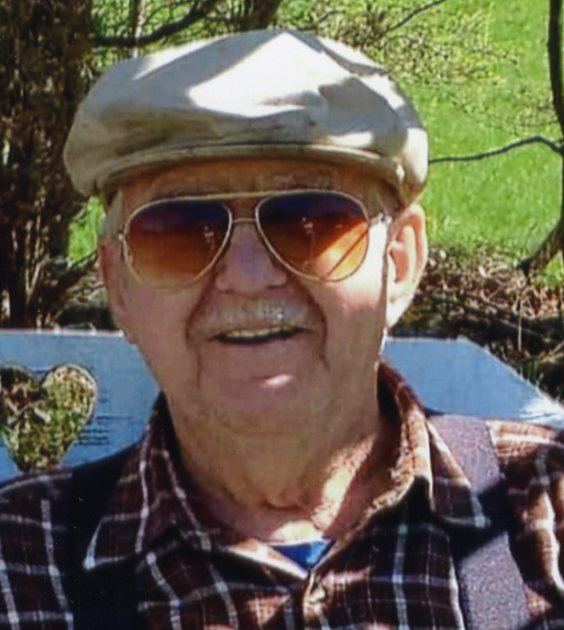 Please share a memory of James to include in a keepsake book for family and friends.
View Tribute Book
James Bonham days away from 89, passed away on January 16, 2021 at home. He was the husband of Yvonne Rose Bonham. They shared 65 years of marriage together. Born in Honesdale, he was the son of John Bonham Sr and Tillie Mozeliak Bonham. He graduated from Honesdale High School. He worked as a pipeline welder for Local Union 798. During his life as a welder he had the chance to visit almost every state in the US and the ones he missed he visited with his wife Vonnie. He was a member of the Bethany United Methodist Church and the Honesdale Masonic Lodge. He was a dirt track racer for many years and still followed the sport. He was inducted into the Penn Can Speedway Hall of Fame. Jim was an avid car enthusiast and enjoyed spending many hours in his garage rebuilding cars and tinkering. He is survived by his loving wife Vonnie, Brother Robert Bonham, 5 daughters – Victoria and Tom Sheridan, Judy and Mark Shuman, Penny and Clem Flynn, Barbara and Michael Senyszyn and Kelly Bonham. 7 Grandchildren and 14 Great Grandchildren. He was preceded in death by a brother John Bonham and sisters Eva Bonham Parker and Alice Bonham Kimble. At the family's request there will be no services. Jim had decided to donate his body to science. Memorial donations may be made to Bethany United Methodist Church 3 Court St, Bethany PA 18431 Arrangements are attended by the Arthur A. Bryant Funeral Home, 1228 Main Street Honesdale.

Share Your Memory of
James
Upload Your Memory View All Memories
Be the first to upload a memory!
Share A Memory
Plant a Tree