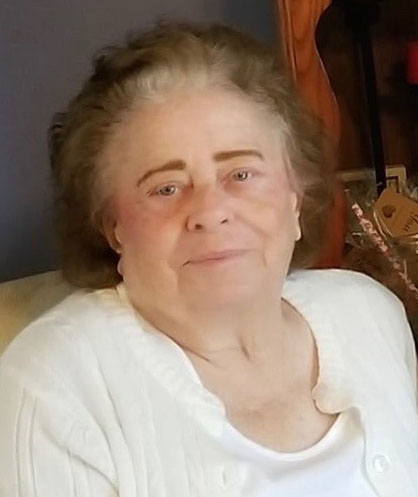 Please share a memory of Margaret to include in a keepsake book for family and friends.
View Tribute Book
Margaret Bailey 81, passed away suddenly from an illness on January 28, 2021. A born again Christian, Margaret was born October 13,1939 in Canaan Twp. Wayne County, Pa. In 1960, Margaret married Edwin E. Bailey, of Vandling Pa. Together they raised four daughters, Althea, Barbara, Deborah and Eleanor until his passing in December of 1996. Margaret grew up in Waymart Pa., she was the eldest daughter of George H. and Claira E. (Kizer) Sinawa, and she was one of eleven siblings. She was preceded in death by brothers George, Edward, Harry, Rodney, James, David, and sisters Mary and Claira Mae, and grand daughter Elizabeth Ann Swingle. She is survived by her brother Jack and sister Anna. Margaret held many jobs throughout her life, most notably she was the first matron deputy with the Wayne County Sheriff"s Department. People will most remember Margaret by her beautiful smile, and that hurry up and order that sandwich attitude from behind the counter of the Honesdale Subway. She leaves behind four daughters, Althea and husband Jeffrey Poltanis of Dyberry Twp. Barbara and husband Thomas Schwartz of Beach Lake. Deborah Bailey of Cherry Ridge. Eleanor and husband Richard Doney of Honesdale, and step daughter Peggy Ann Horner of Milford, Pa. Grand children, Andrew Swingle, Jennifer Whitmore, Jessica Schwartz, Michael Schwartz, Bailey Grundowski, Amanda Harvey, Mary Samson, Annie Priebe, Catherine Cole, Sharon Guild, Justin Doney, Christopher Doney, and Michelle Wilson. Twenty-Four great grand children and two great great grand children. Services will be held on February 6, 2021 at the Tabernacle Bible Church, Honesdale, Pa. Viewing and visitation start at 10 AM until 11:30. Visitors will be required to wear masks and practice safe distancing. Interment will take place in the spring at Waymart at Canaan Corners Cemetery .The family requests that in lieu of flowers donations can be made to the Dessin Animal Shelter in her name. Funeral services are attended by the Arthur A. Bryant Funeral Home, 1228 Main Street Honesdale.

Share Your Memory of
Margaret
Upload Your Memory View All Memories
Be the first to upload a memory!
Share A Memory
Plant a Tree