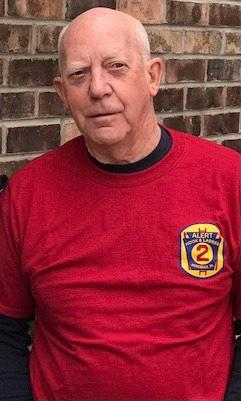 Please share a memory of David to include in a keepsake book for family and friends.
View Tribute Book
David Michael Stahl, Sr. of Honesdale passed away at home following an illness on March 18, 2022. David is survived by his wife of 56 years, Dianne Marie Stahl. They were married August 28, 1965. David was born in Seelyville the son of the late Karl and Helen Henderson Stahl Rutledge. He graduated from Honesdale High School class of 1960.David served in the United States Army from 1962-1964. He worked at Western Auto, PA DOT, Katz Underwear Factory, and CVS. David was a Life Member of the Cherry Ridge Fishing Club and a Life Member of the Alert Hook and Ladder Fire Company # 2 for 62 years. In addition to his wife he is survived by his children, Donna and her companion Ernie of Honesdale, David Stahl Jr. and his wife Michele of Bonita Springs, FL; grandchildren, Cody Stahl and Amber Exler and her husband David; great grandson, Edward Stahl Exler; two sisters in law, Edna Bates and Mary Ellen Stahl; many nieces and nephews. He was preceded in death by brothers, Jimmy, Karl, and Albert Stahl. The family would like to thank the Wayne Memorial Hospice staff for their excellent care. A graveside service will be scheduled in St. John's Lutheran Cemetery at the convenience of the family. In lieu of flowers contributions can be made to the Alert Hook & Ladder Fire Company #2 2222 Willow Ave. Honesdale, Pa 18431 Arrangements are attended by the Arthur A. Bryant Funeral Home 1228 Main St Honesdale, Pa

Share Your Memory of
David
Upload Your Memory View All Memories
Be the first to upload a memory!
Share A Memory
Plant a Tree