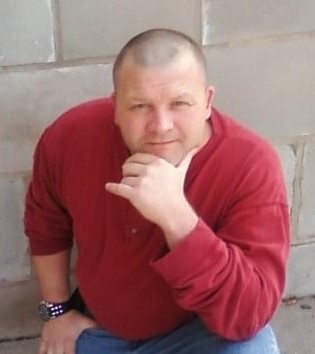 Please share a memory of Keith to include in a keepsake book for family and friends.
View Tribute Book
Keith A. Todd, 52, of Park Street in Carbondale, Pa passed from this life on Friday, March 11, 2022. He was born on August 11, 1969 in Susquehanna, Pa, the son of Herman Todd Jr. and Margaret Johnson Todd. He spent time during his youth with his grandparents, Herman and Stasia Todd in Lake Como where he enjoyed his grandmother's cooking, and brought them much joy. He attended school in the Wayne Highlands School District and worked in the building construction industry for many years doing masonry, carpentry, and remodeling. Keith was a hard and dedicated worker and inherited the family gene for carpentry. At the time of his death Keith was employed by the P.A. Hutchinson Company as a forklift operator, while continuing to do side remodeling projects on his own. When not working Keith enjoyed riding the trails of Lackawanna County on his Yamaha Raptor. He was by nature a kind and empathic person, always being the first to help out a neighbor or someone in need. He had a soft heart for animals, taking after his Aunt Judy. Keith had a great sense of humor and was able to share that with those around him. He will be greatly missed by his family and friends. In addition to his father, Keith is survived by his brother, Kurt Todd (Cathy) of Preston Park, Pa, sisters, Kimberly Ostrander (Aaron) of Hancock, NY and Kelly Todd (Dave) of Honesdale Pa, his Aunt Judy Todd of Lake Como, Pa with whom he had a very close relationship, numerous aunts, uncles, and cousins. Keith was predeceased by his mother in March of 2022 and his grandparents, Herman and Stasia Todd. Services will be held at the family's convenience at a later date. Arrangements are attended by the Arthur A. Bryant Funeral Home 1228 Main Street Honesdale, Pa

Share Your Memory of
Keith
Upload Your Memory View All Memories
Be the first to upload a memory!
Share A Memory
Plant a Tree