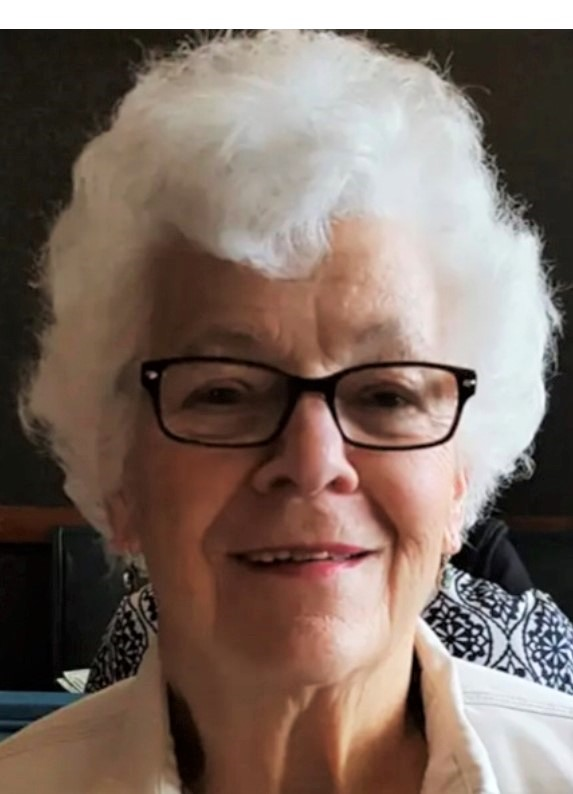 Please share a memory of Norlaine to include in a keepsake book for family and friends.
View Tribute Book
Norlaine Erhardt Hook, 85, passed away peacefully at home on November 1, 2022. Norlaine was married to Gerald L. Hook on May 4, 1957. Jerry predeceased her on January 12, 1996. She was the daughter of the late Orson and Alice Henderson Erhardt. Jerry and Norlaine started Hook Well Drilling in 1964 in the Wayne County area where the business has been for 58 years. It is now owned by her sons, Ed and Jerry. She is survived by her children, Colleen Hook, Carol DeGraw, Ed Hook and Jerry(Chris) Hook, nine grandchildren: Gary Wasman, Lacey DeGRaw Utegg, Amanda Hook Anderson, Katy DeGraw Smith, Marlee Dirlam, Stephen Hook, Drew Dirlam, Lydia Hook, Jack Hook; and eleven great grandchildren. In addition to her husband she was predeceased by her brother Alfred Erhardt in 2017. Norlaine enjoyed being part of the Calkins Ladies Aide and the Beach Lake Red Hats. She also loved shopping. She always looked forward to getting her hair done with her best friend and sidekick, Tess Henderson at her favorite hairstylist's, Peg Pearsall. But most of all she loved her family. Funeral services will be held at 11:00 am on Tuesday, November 8, 2022 in the Arthur A. Bryant Funeral Home, 1228 North Main Street, Honesdale with Pastor Lane Jones officiating. Friends may visit at the funeral home on Monday from 4:00 to 8:00 pm. Interment will be in the Calkins Union Cemetery. Memorial contribution may be made to the donor's favorite charity or to the Calkins Union Cemetery.

Share Your Memory of
Norlaine
Upload Your Memory View All Memories
Be the first to upload a memory!
Share A Memory
Plant a Tree